This is my first post. Name's Nate. I am software analyst and in the last few years I had to shift focus to Assembly and in an effort to become more proficient I decided to learn how to make an NES game. Just when I started to get my feet wet in the pool of NES development I learned about NESMaker and it's Byte-Off competition while at PAX South in 2019. After talking with Joe Granato for a while and listening to a talk he gave at the con, I decided to give NESMaker a try and make something for the competition.

Watching my, then 4 year old daughter, doodling on notepad paper one day the idea hit me. Make a game based on her doodle. Enter Doodle World.

In Doodle World you play as Doodle, and he is out to save his world from the evil King Eraser and his minions of office supplies. Doodle World is a simple classic style side scrolling platformer. Run, jump, and kill enemies by jumping on them. There are a total of 15 levels spread across 5 lands... Notepad Hills, Crystal Crayon Cave, Felt Tip Forest, Dry Erase Desert, and King Eraser's Castle. Along the way you will collect crayons which grant you an extra life after you collect 100. Find a flashing super crayon and you will be invincible for 10 seconds!

The whole game gives the appearance of being drawn and colored on notepad paper.

Doodle World was made using Notepad++ and NESMaker for script and asset management.

After some very rigorous bug/play testing the game is done and I will be launching the Kickstarter tomorrow! I am aware of you and your work. It's very impressive! 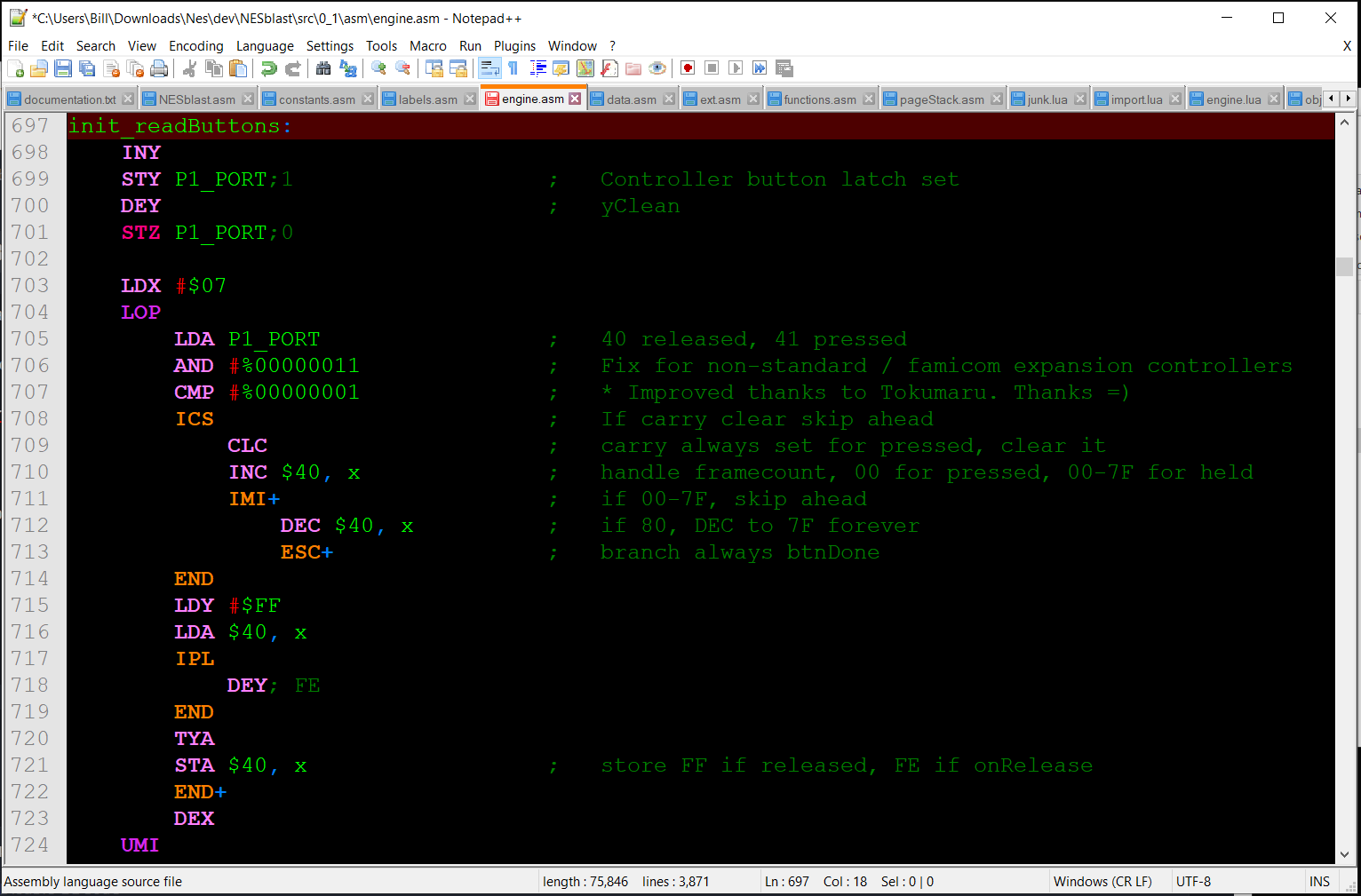 Thanks! I am glad you enjoyed it!
Top

Super cute, would love to give it a try some day.

I saw the video's title "What a Texas veteran and his daughter accomplished in quarantine that brought Nintendo to their door" and got worried, remembering what the company's legal department had done to other fan projects. I watched it, and fortunately it mentioned nothing about contact with a Nintendo representative, adverse or otherwise. #falseadvertising
Pin Eight | Twitter | GitHub | Patreon
Top

well that is clickbait right there lol
Top

Yup. They changed the title of the video after the story aired. Made it more clickbaity. Mentioned it to the reporter, but guess they have not changed it yet.