Not sure -- they haven't built it for Mac for awhile.

I think 3D graphics would be the way to go for Ninja Gaiden, Batman, Sunsoft's unreleased Superman (Sunman) ...
Top 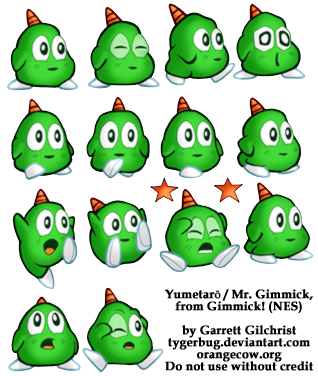 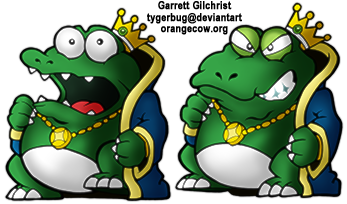 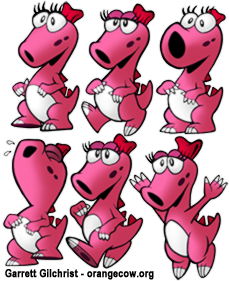 Sednaiur has done some large-scale (2X, 4X) characters for the Super Mario Bros games, in All Stars style, with lots of expanded graphics and variations.

Excellent news, thanks for sharing!
Top


Glad you like the idea behind GB Enhanced! You can thank AnyOldName3 for suggesting it; the concept intrigued me. I actually stumbled upon both projects (HiSMS, HDNes) a few months back. Looks like I'm not the only one who had that idea. Fwiw, there was a proof-of-concept GB emulator that did allow HD tile replacement, but it was incomplete (and I don't think it handled colorizing DMG games). I'm not exact the first when it comes to the GB, but I guess I've gone the farthest.

GB Enhanced only handles 1:1 tile replacements, but support for arbitrary scales (2:1, 3:1, 4:1, etc) is already implemented in a new branch. There are still some finishing touches that need to be applied, but it works. GBC tile replacement isn't supported yet, but that's coming soon. A shame I don't have screenshots on hand to show you any progress.

Mkwong98, thank you for the HDNes Super Mario Bros sprite information. The way you've organized the HD version is very straightforward and will make replacing the graphics simple even though I can't run the program on my Mac.

Let me know if you have/can do any other organized sprite versions, like SMB2 and Mr. Gimmick and so on (Mega Man, Rescue Rangers).

Jinn.art.br did a really nice "darker" take on SMB1, so I've asked him to have a look at this, as that's probably the right way to go.
Top

For SMB1, use the SMB3 design and expand the walk to six frames.
Pin Eight | Twitter | GitHub | Patreon
Top

That's pretty much what All Stars did, although I think it'd still be possible to get closer to the SMB1 sprites while still making it "look like Mario."

Jinn had a very interesting idea on how to approach it - ignoring the other games and going for a different style. I've asked him to take a look at things.
http://i.imgur.com/dWO7anJ.gif
http://www.pixeljoint.com/files/icons/full/smbpj.gif
http://jinndevil.tumblr.com/post/542869 ... io-bros-on
Top

Comparisons to Braid's art style come to mind, which may or may not be welcome...
(and Braid's status as an homage to SMB is known)
Top

it's a really good emulator.
Top

24-5-2014
1. Fixed a bug when removing redundant screen shots used by the graphics pack editor.
2. Compiled the emulator with SSE.
3. Reduced the amount of rendering by keeping graphics data from one frame to the next. Large speed improvement when using 4x graphics pack in games with many unique tiles appearing at the same time on the screen but do not vary a lot between frames. For example the title screen of Dragonball Z.
Top

Does this emu have flicker when playing NES games with their original graphics, like all other emulators?

If so, would it be possible to add a mode in which the emulator automatically uses the game's original tile set *as if* it were an HD graphics pack, so as to eliminate flicker?

I'm not really interested in HD graphics, but to be able to play NES games with their original graphics and no flicker would be quite revolutionary.
Top
Post Reply
280 posts