Are any of you cooks?

Are any of you cooks?

I've learned how to cook over the years, being single and not growing up with a mom. Over the years I've perfected my recipes and have become a master cook. Are any of you chefs?

Here is one of my most common dishes, Mexican rice with bean and cheese burritos. Everything made from scratch and all natural ingredients. --ShaneM 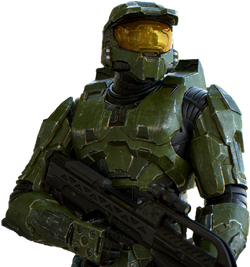 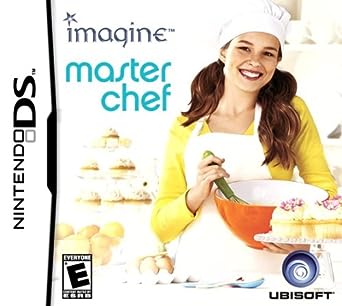 I can cook but not expect much. Noodles (plain, no sauce), rice, fries, burgers, boiled eggs... yeaaaaaah. Once I managed to make a rather thick pancake by accident though (added eggs to some noodles I was reheating and left them for too long >.< the pancake was awesome though).

Note, that counts only the stuff that needs cooking. If fire isn't involved I usually can manage easily :v (you obviously haven't seen me cut down lots of meat into small pieces when I was a kid)
Top

Cooking is something I've always enjoyed, some of my favorite things to cook from scratch are enchiladas, chili rellenos (both of those with homemade ancho chili sauce, but for enchiladas I mix it with Las Palmas canned sauce to make it milder), refried beans (cook the beans with a ton of whole garlic cloves, that makes it really good), general tso chicken, chicken and eggplant (a PF Chang's knockoff, they don't have it on their menu anymore, the bastards). The "problem" I have is that my wife is a really good cook, so I don't do it myself much anymore (it's a good kind of problem) other than weekends and other rare days when I don't have to work. She can make a really good moussaka, ratatouille, soups, and lots of other stuff. Plus we have a 2 year-old, so that cuts down on the time and energy needed for some good cooking.

This weekend we're making homemade gyros, not really authentic style, but more like a gyro meatloaf that is compressed (cooked with a brick on top of it), sliced thin then sauteed in some olive oil. With homemade tzatziki and pitas. Pitas aren't such a PITA to make when you use a pizza stone (also, it's really good for pizzas obviously). I've wanted to make some good greek-style green beans, but I've never been able to get it quite the way I want them. Same thing with the greek-style potatoes.

Your cheese sauce looks good, I for one would be interested if you share the recipe you use. I've never been too thrilled with the homemade cheese sauces I've made, they seem to end up a bit grainy from the flour or cornstarch. So over here we've pretty much resorted to buying the huge cans of Que Bueno brand cheese sauce from Gordon's Food Service (if you don't have those where you are, it's a restaurant/food-service supply store). Can't have decent nachos without high-quality cheese.

One of the kinda regional foods I really like is Cincinnati chili (aka Skyline Chili). I normally don't like hot dogs, but put some of that on it, some mustard, and a huge pile of mild cheddar cheese and onions, and it's awesome. I haven't dared to try making it from scratch though, I just buy the seasoning packets. Despite it being called chili, it's nothing at all like Texas-style chili (which is something else I like to make). I believe the recipe was created by an Egyptian immigrant.
Top

Tonight we cooked something very simple: pan-fried chicken, wrapped up in some leftover lettuce. Usually we use kale from our garden instead of lettuce: it adds a little more flavor.

(The leftover lettuce was from this recipe for weird froofy gyros.)
Top

I'm 16, and the only thing I know how to make is a peanut butter and jelly sandwich.

(My sister can make things, but at least I didn't almost burn the house down.

I can cook a bit, but only out of necessity: some of the food I love isn't available in Japan, so it means home-cooked hamburgers (admittedly, quite available in Japan), tacos, burritos, perogies, sweet pickles...
http://www.chrismcovell.com
Top

I cook a bit. I can make a mean bowl of ramen (noodles + steak + rice + vegetables) and I'm pretty good with fish. No one believes me when I tell them how good cheese and rice go together as their own dish, even though they're perfectly okay when it's in something like a burrito. Give me shrimp, and I'll make something really special.
Top

I thought I was the only one who called him that...

You know, remember when people actually cared about Halo?
Top

If I have instructions, I can make anything. I make fried rice a lot just simply because it's easy, and I've done a couple of stir-fries. My friends really like a particular casserole I make with sausage and tater tots, and I stole a breakfast burrito recipe from a diner I went to in college. I also work in a kitchen if that counts, but I don't actually do any cooking.
Top

I used to cook a lot of food back when I had a girlfriend. Pretty good too, lots of slow cooked meats and hamburgers - sooo juicy and tasty

However, now it´s mostly microwave fast food crap.. because my stove and oven are so slow it would take me all day just to boil an egg

Are you talking about your girlfriend, or the hamburger?
Top

Are you talking about your girlfriend, or the hamburger?