Oh hey what's in this box from Japan? 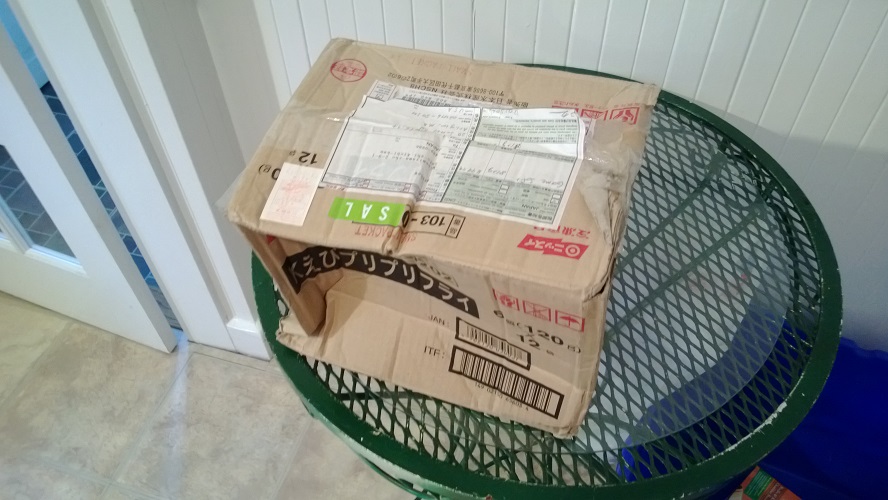 Oh fun a Famicom! What a warped box though... not a lot of packing material either! 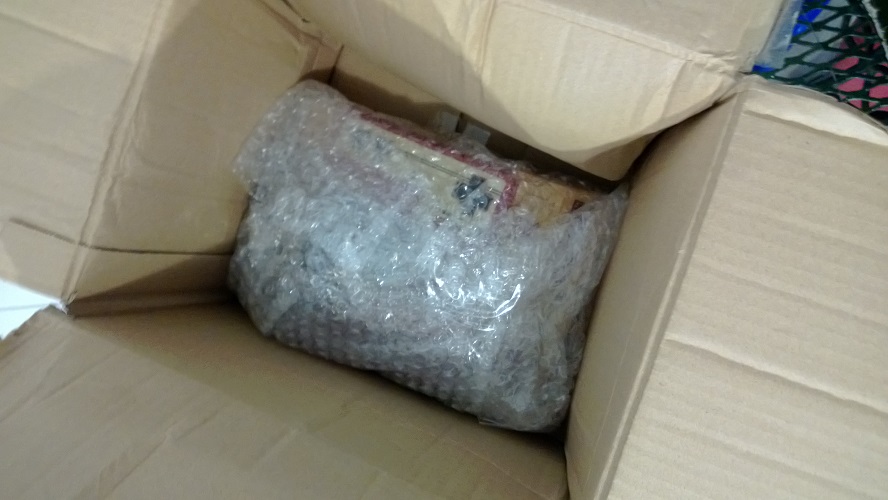 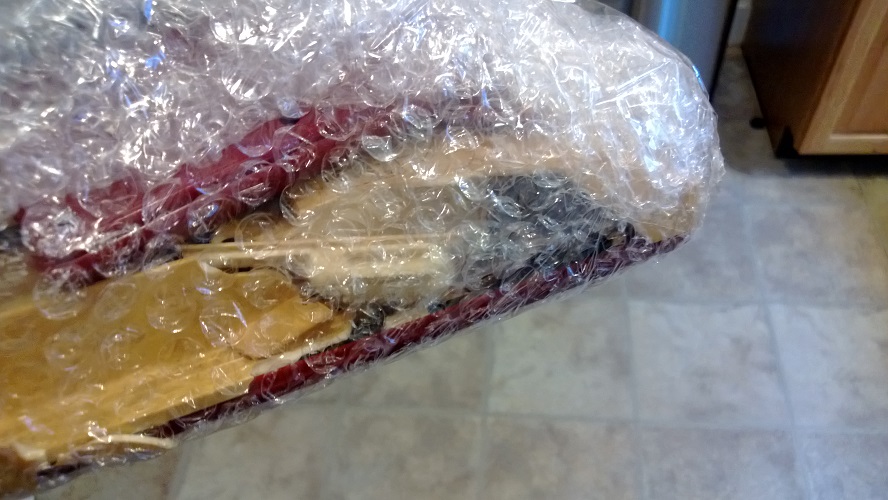 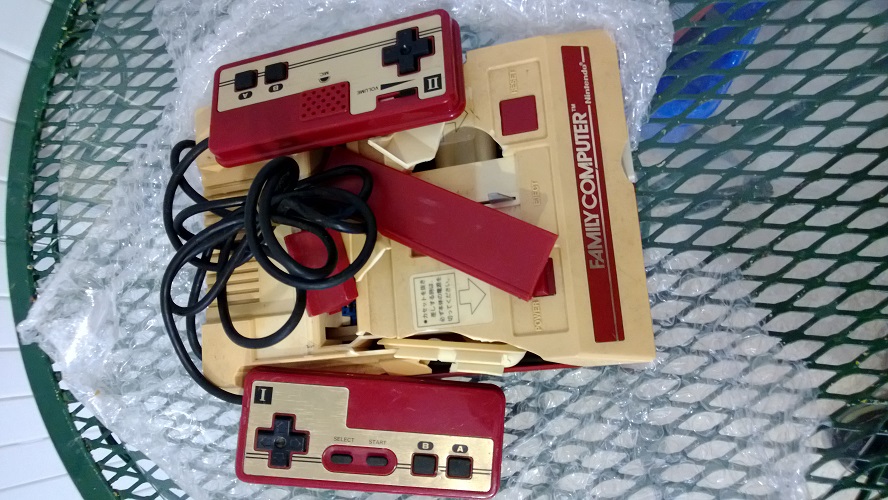 I am pretty mad right now. Probably the PCB is still okay, and the controllers are actually very good, so I will still be able to do a proper documented comparison between this one and a newer round-button Famicom.
Top

Damn man... my mom has the same patio table!

But seriously, WTF? That's criminal neglect of nerditage (nerd heritage, just made that up). I hope you've got some way of informing the seller of their fail.
Top

CPU, actually. As far as I know there are no PPU differences.

Oddly enough, the PCB is an HVC-CPU-06, and the cleanest I've ever seen! 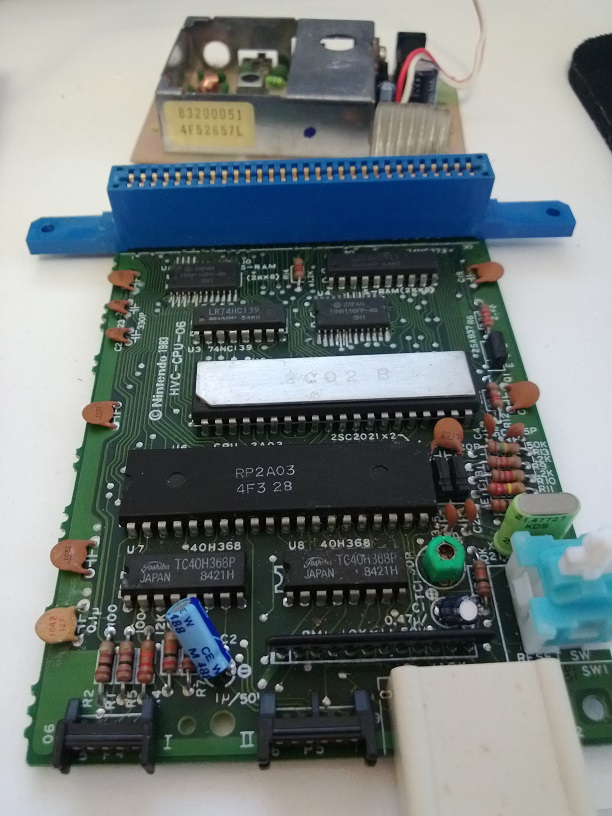 I got it all AV modded and working fine. Sure enough, the periodic noise is not there, but rather replaced by psuedorandom noise. As for lockups / instability, I have yet to notice any such thing, but since this is such an obviously late PCB design, this board may not be representative of the systems that had those issues. I mean come on, there are SMD ram chips! Weird, considering my newer HVC-CPU-07 and GPM-02 boards both do not feature such ICs.

While I wait for a donor busted famicom to arrive for its system shell, I have done this: 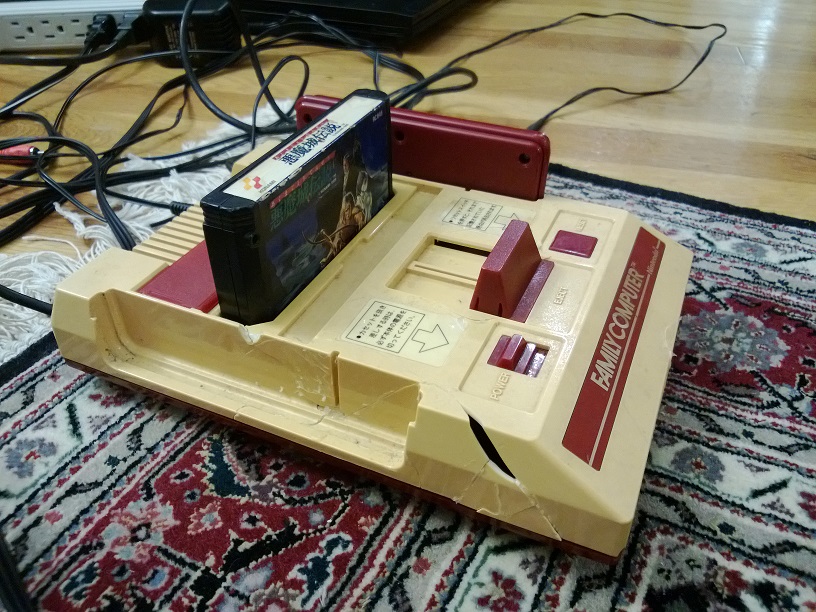 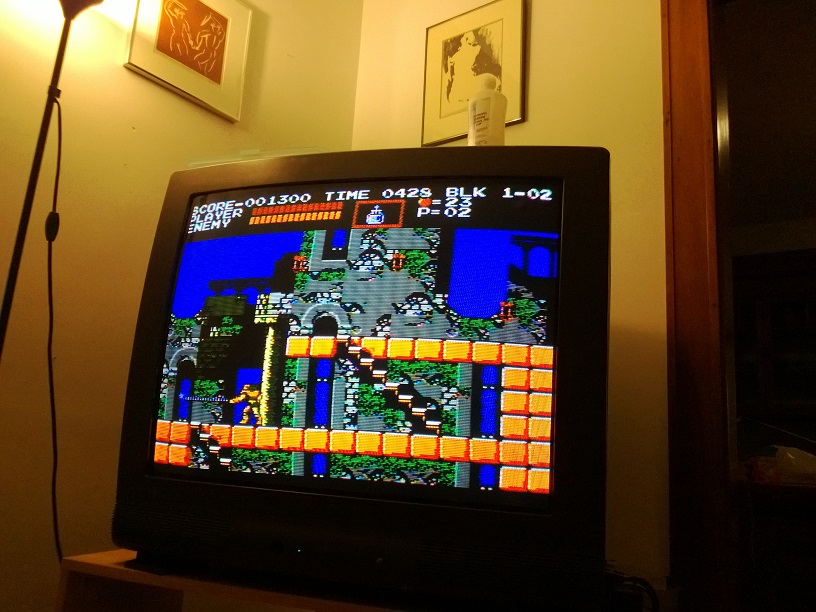 The AV mod is far from complete though, I haven't added any capacitors yet in the usual spots so there are jailbars and a few diagonal lines at times. Still, it is definitely a functional unit!
Top

The mail guy must have been really pissed off or something.
It wasn't labelled Famicom on the outside label was it?
Maybe when he was a kid, he never got one for Xmas...
Top

Damn man that's awful! I'm glad the PCB are working at least. Is the bottom smooth or textured?
Top

I've swapped the top shell with a different Famicom, and it's turned out very nicely:

I bought it because its RF out jack was broken off. This means that since it had no video output, it saw relatively little playtime throughout its life. As a result, the D-pads are still good on it, and the A/B buttons feel great! It is rare to find a square button famicom, but even more so to find one that still has good controllers! There is absolutely no nasty microphone buzz/hum as one can often expect from old systems that need cleaning.

As the RF port was broken, I have performed an AV mod; it is based on the common one you can find on these forums. The image is stable and clear as seen in pictures below. The case has not been cut at all so if you wish to reverse the mod it will not be difficult. I have piped mono to both left and right channels so it is easier to set up on a modern stereo system. The cord is a long 6 ft. one.

This is also the latest revision I have ever seen of a square button Famicom - it is an HVC-CPU-06 motherboard, with the original 2A03 CPU (with the sound differences) but it also has SMD S-RAM! What an odd combination. It is definitely the real deal though. This is also one of the later boards that does not have the freezing issues some earlier ones were known to have.

Here are pictures of the system: 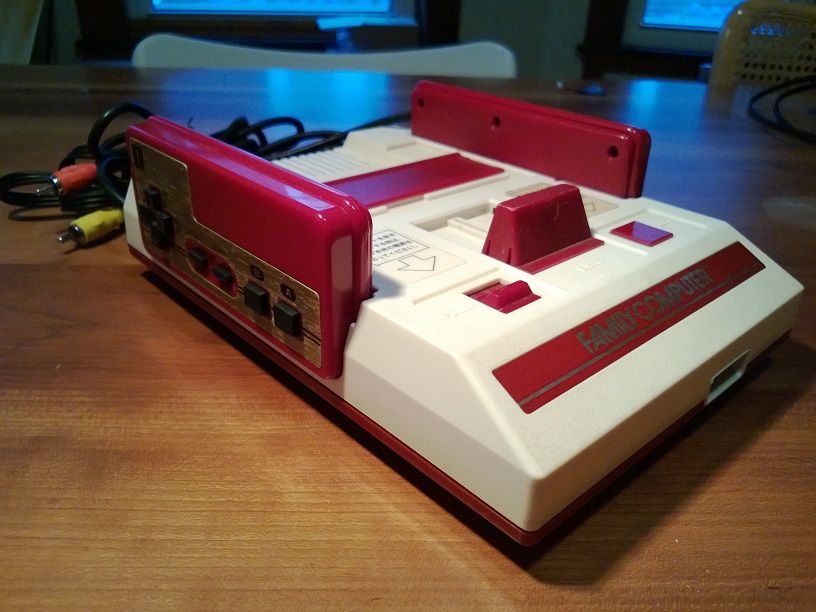 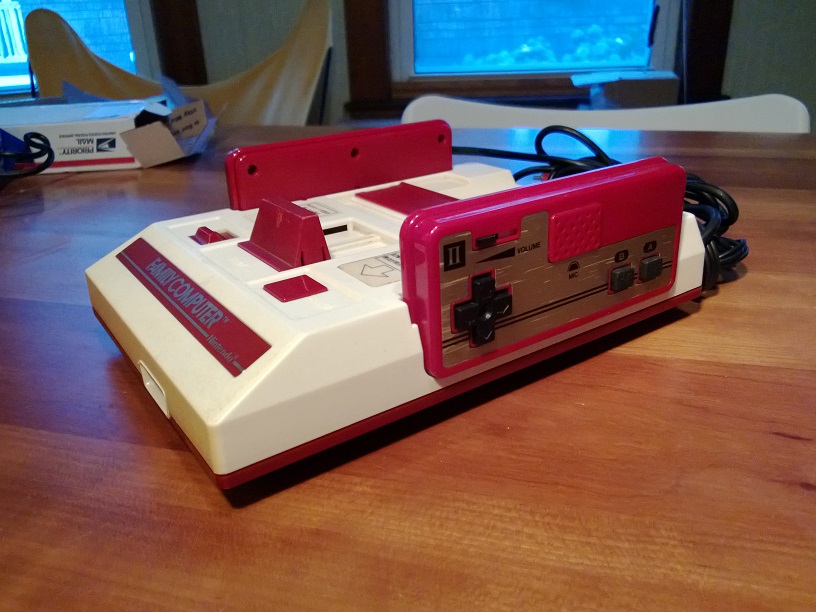 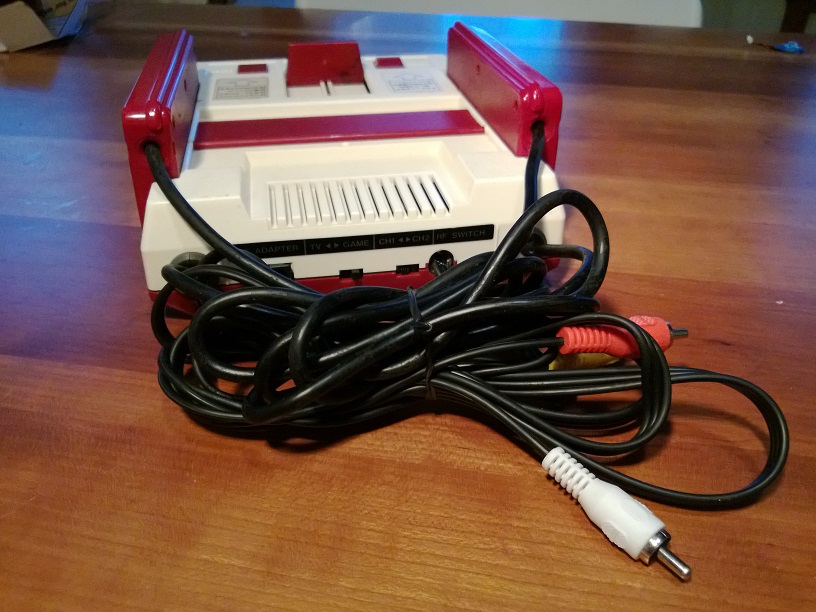 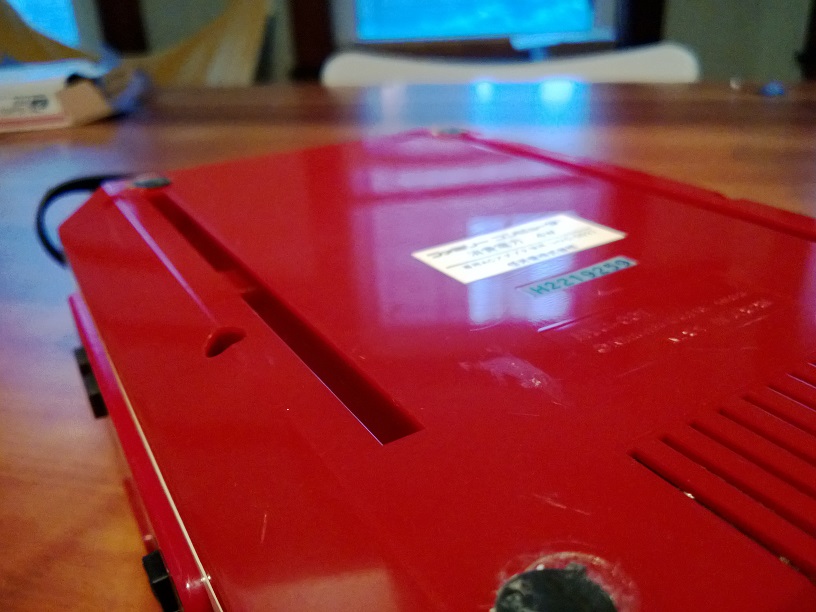 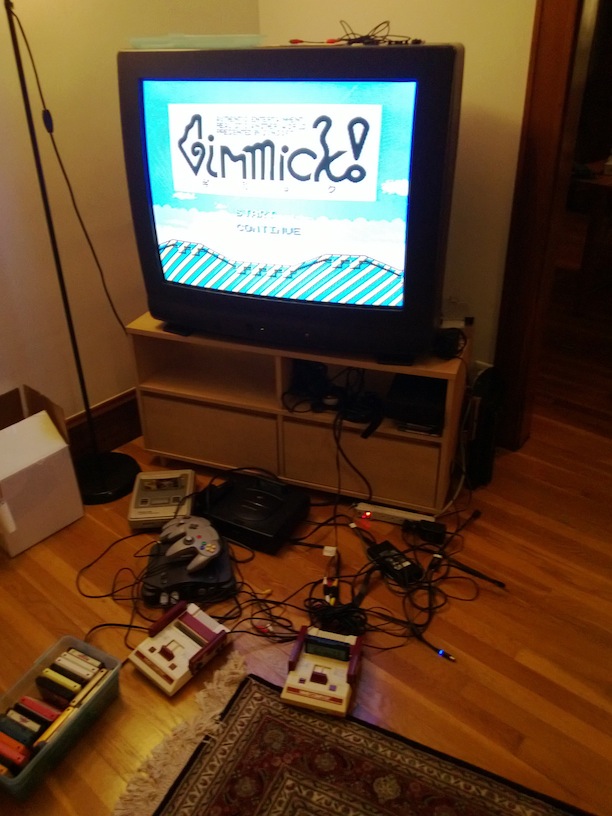 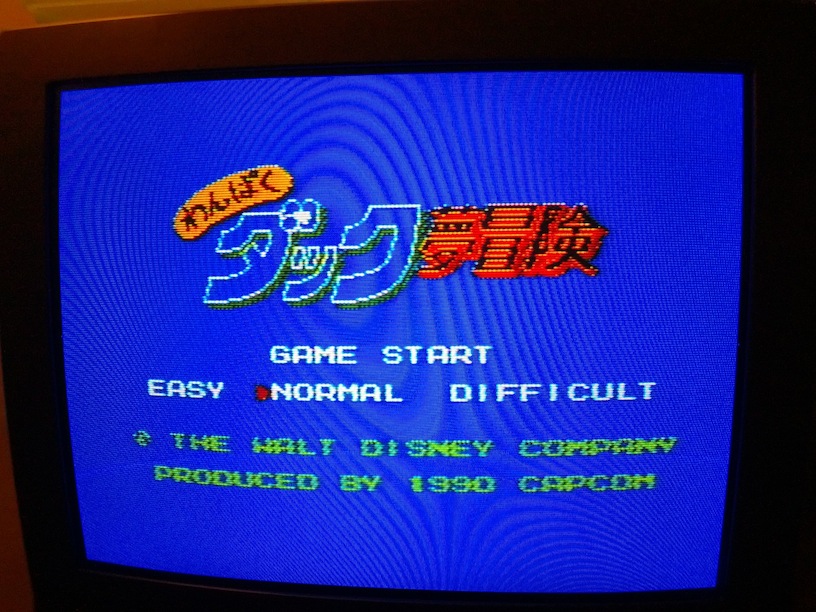 Smooth bottom? Good! At least the bottom part matches the board revision now I guess.
Top

Pokun wrote:Smooth bottom? Good! At least the bottom part matches the board revision now I guess.

Well, the top part was never any different... contrary to popular belief, the cartridge cover flap was NOT smooth. Pictures of other square button famicoms have confirmed this for me as well, so all parts that were unique to the square button famicom are still original.
Top
Post Reply
9 posts • Page 1 of 1