Luckily I have a lot of AY-3-8910 chips so I reverse engineered the board mainly because I was curious which components need to be soldered to make audio expansion work. 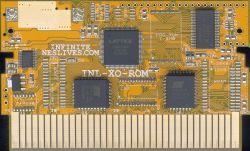 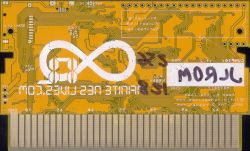 That type of coin-cell holder is a clip that presses the battery directly against the gold on the board. So the solder terminals are both +.

That's a pretty cool write-up on that board.
Top

Right now, I cannot find the EPM240 for anything near that good of a price in the US.

* IC9 (STM32F0, unpopulated) / IC13 (STMSTM8S003F3P6) - seems to be responsible for CIC stun. It also has access to micro SD card pins and audio output - was this meant to be used to play back music from sd card and output it to NES?

Not a stunner! A full function CIC. INL's talked about it a bit.


(according to wiki - MMC2 latch 0 responds only to one address)

True, but irrelevant; Punch-out doesn't seem to use this behavior.
Top
Post Reply
3 posts • Page 1 of 1