NewRisingSun wrote:Edit: On second thought, I don't think it's explicit bankswitching, but instead the CHR-RAM is just getting the same lower address lines as the CHR-ROM, so different "cmds" just implicitly select different sections of the 32 KiB CHR-RAM.

Given that you say commands $80 and $82 both had your signature, that implies that CHR A13 isn't connected to the RAM. Given that they used an 8 KiB RAM for PRG, I wonder why they placed a 32 KiB RAM for CHR when the PCB could never address more than 8KiB...

Looking at the patterns in the bits corresponding to which windows are which:

Yes, I re-checked both the dumping script that also writes the cmd values and the dumps themselves. CA dumps are identical to 90/B0/D0/F0 dumps.

lidnariq wrote:that implies that CHR A13 isn't connected to the RAM

What does that mean for the CHR-RAM size in the NES 2.0 header? Does it denote 32 KiB because a 32 KiB chip is mounted, and the connection is considered part of the mapper definition, or does it denote 8 KiB because only 8 KiB are accessible?
Top

Personally, I'd say it implies 8 KiB in the header...
Top

Many years ago, i have dumped this cartridge.
here is the core code(chrram and chr rom) for vnes:

lidnariq wrote:One thing I find a little weird... In the picture "DuShenBack", the CHR RAM there appears to be a 256kibit (part number KM68257?). But A14 is tied to +5V, I can't see what happens with A13, and A12 connects to CHR ROM A12. So even though only 4 KiB of CHR RAM can be used to draw tiles on any given vertical refresh, it seems like at least 8 KiB can be stored, and the game could switch between different 4 KiB windows without having to reload tiles.

I was thinking for a long time what chips they used for the PRG-ROM and CHR-ROM. Solving that could reveal how they routed the tracks underneath and which signals go to PALs. They definitely weren't blobs cause there weren't a empty (non-via) area in the center, so they must be TSOP chips. 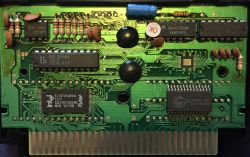 But the pinout wasn't really fitting it well. 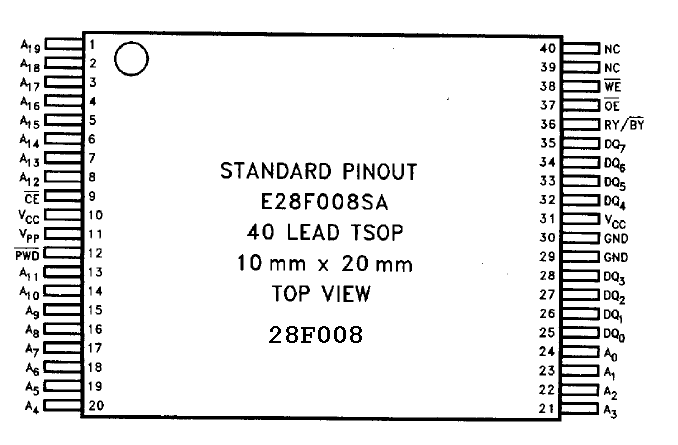 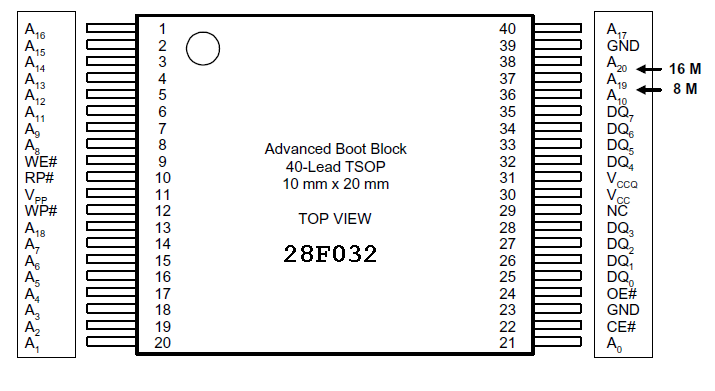 This was a milestone, cause CHR-A18 was exactly needed in that place: 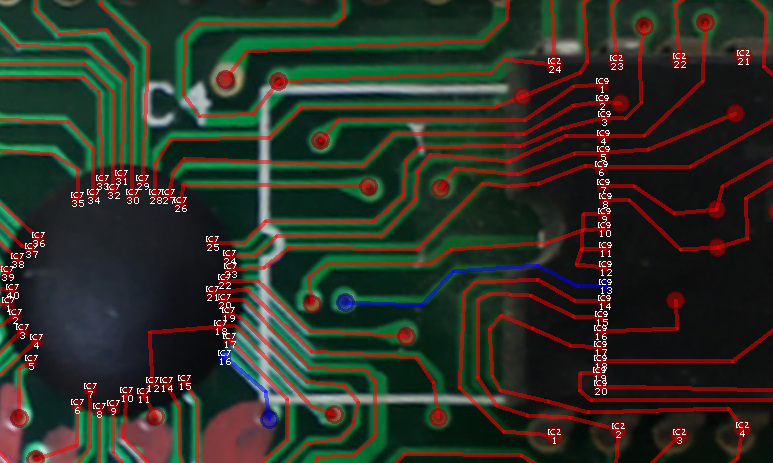 After that I was able to completely finish tracing the PCB and improve my previous ideas: 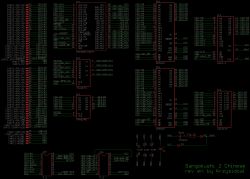 * the thick trace at P_1.pin17 suggested me that it was VCC signal, but I believe this was just a mistake with the thickness. 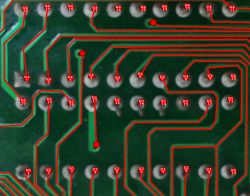 Many thanks to Krzysiobal+lidnariq for PCB tracing and comments, and zxbdragon+MLX for dumping and CHR bank experimentation.
Top

krzysiobal wrote:I have no idea why P_2.pin11 is tied to GND

For whatever reason, although someone could still implement transparent latches using the feedback paths in "Simple" or "Complex" modes, people just generally didn't.

NewRisingSun: You were disappointed earlier when krzysiobal pointed out that the PCB photos only have 2 KiB of CHR RAM. Does that pose any problems, or does it work out?
Top

It works out; I was just surprised that a GAL would allocate four CHR banks to 2 KiB of CHR-RAM in some configurations that the game actually uses.

I think the VRC4's pin 18 functionality should be described on the wiki, since it is being used by this mapper. I am not sure how to describe it --- the $9C00 register reminds me of the AY-8910's "general purpose I/O port", so pin 18 would be "General Purpose I/O Chip Select"?
Top

As I said then, I'd first want someone to check whether that is something present in the original VRC4 - and our documentation is inadequate - or whether it's something added later.
Top

Suppose one wants to design a latch that will hold its value if LatchEnable is low, or copy the state of D0, D1, D2, or D3 based upon two select inputs. If one were using a registered output, that would require four product terms. To get reliable results using a combinatorial output would require nine. Not only would one need product terms:

but one would also need

If one is using tools that would recognize the last four product terms as redundant and eliminate them, the resulting PLD might usually work, but fail to do so reliably.
Top

supercat wrote:but one would also need

You're right that there's a hazard from the moment that neither LatchEnable nor /LatchEnable is true — and I have no idea whether the the structure of any given PAL allows that — but your example seems to be illustrating the worst case for a transparent latch and best case for a registered design. Only because no values are retained across the ↑clock signal is it the case that N AND rows are sufficient; a transparent latch requires keeping track of the old state for hazard prevention and so needs 2N+1 rows.

But an addressable latch, like used on the mirroring control PAL here, needs multiple AND rows in the first place (at least one for retention, at least one for inputting the new value) and adding the hazard prevention for a design with a transparent latch only adds one AND row.
Top

I've analyzed the DuShen PCB - the GAL pinout seems to be the same like P_2.
Blob pinout matches exactly MMC3 (they even routed RAM+CE out of blob, which is connected only to test pad)

I ordered one genuine VRC4 game to check if pin 18 has the same function there as in pirate one.
Top

i'v been reversing engineering from mapper199 and mapper195 recently, but i'm short of specifications of these 2 mappers
Top

i think the GAL for chr rom/ram banking and encryption dont need to be assigned to one specified mapper number. its just a physical implementation for the loader to set the hardware environment that like some multicart loaders do.

as for this gal logic, i will use fixed setting before loading the whole chr image with external cpld device and write the mapped ppu address(ppu_add[17:10]), or just use some hardware jumper points
Top
Post Reply
31 posts