I don't know if you want to hide the first aid block when it is dark, but using the robot's wholly black palette like Espozo said does not only help hiding it, but would probably also help make the exit sign more believable once the unreal light of the box is gone.

The sense of pre-signaling movement prepares the audience to both focus on and accept the action about to come. In the examples above, the actions are pretty self-explanatory, though, so it's mostly for appearance; to heighten the naturality or hide the animator's hand.
http://www.frankengraphics.com - personal NES blog
Top

That's really useful. I do struggle with the animations, especially for such a large character.

Luckily, the programmer not only liked the mock-up, but was willing to code a sequel based off of it. Here's a screenshot of it at its current state.
Last edited by M_Tee on Fri Feb 03, 2017 10:59 am, edited 1 time in total.
www.mteegfx.com
Top

Possibly not the best thread for it, I may take all of the Cowlitz posts to their own thread in Homebrew Projects when I get the time to type up a proper OP. 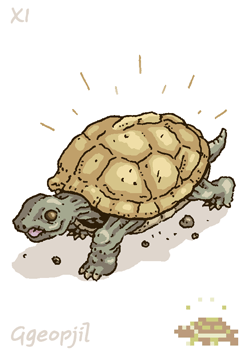 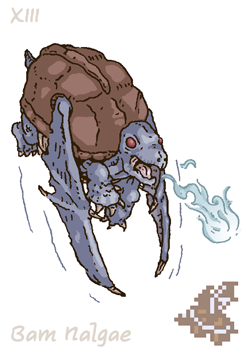 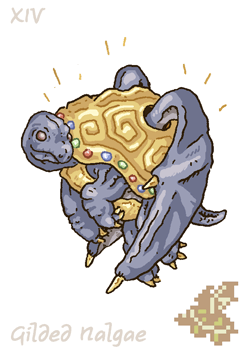 These are all four turtle-type enemies, of the sixteen or so total enemies in the game.
www.mteegfx.com
Top 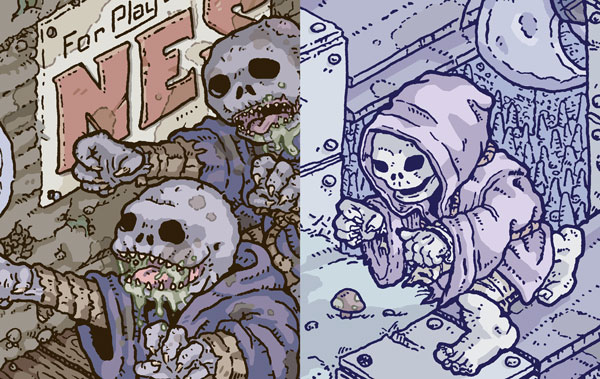 This creative path was similar for the characters, enemies and items present in the first game, although a few of the characters (such as the new lead and some enemies) were created originally for the second game.
www.mteegfx.com
Top

Looks neat! …though, except for that first cover-image, the restless dead have unusually good posture.

However, this sort of artwork path has Telephone-lke risks. (See the strategy-guide image here: http://zelda.gamepedia.com/Fokkeru , which hardly resembles a bird at all!)
Top ) What program do you use? Adobe illustrator? Like all Adobe products though, pirating paying for it is the problem.
Top

@Myask
Thanks.
Is "telephone" a reference I'm missing? Anyway, the lillustrative liberties taken with retro game art is something I'm actually a huge fan of and choose to embrace in my own work instead of avoid. My favorite MegaMan covers are PAL MM 1, followed by US MM 2. (Followed by Rockman 1~3 on Famicom, though)

@Espozo
I draw and ink by hand, color in Photoshop, and use Illustrator for layout. Sometimes (like here), I letter by hand as well, and may vectorize the lettering in Illustrator.
www.mteegfx.com
Top

Telephone is a game, it is also called chinese whispers. https://en.m.wikipedia.org/wiki/Chinese_whispers
In the game telephone the original message typically no longer resembles the last message, due to multiple minor changes. Myask example is how this occured with Fokkeru via sprite reinterpretation.

Ah, yes. I'm familiar with the classroom game, but hadn't made the connection when reading it.
www.mteegfx.com
Top 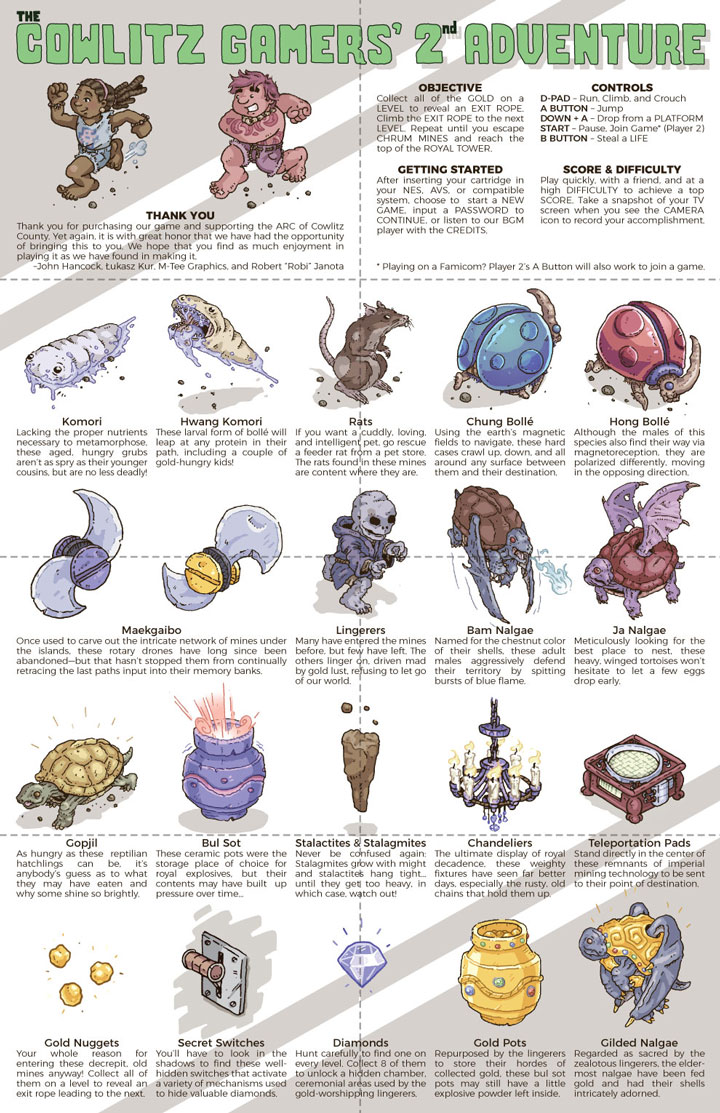 Please post any errors that you notice. I'm pretty bad at proofreading my own writing.
www.mteegfx.com
Top