(I thought it was probably a bit more pertinent to make a new thread rather than necro-post the old one. But for anyone interested, here is the thread I originally posted.)

I took a lot of your advice, reworked my characters a bit, let them sit so I can come back with fresh eyes, and touched them up some more.
I have now some updated character art, and I would greatly appreciate it if someone could pick this apart, tell me everything you don't like about it, everything that needs to improve, everything that works, etc. Feel free to dig in and make me cry. I want honest feedback.

Try to look at this image as if it were a sample straight out of the final version of its game.

The full version is a bit big for embedding in forums, so here's an external link: https://imgur.com/cZ4oR6L

Here is a cropped version that shows just the characters: 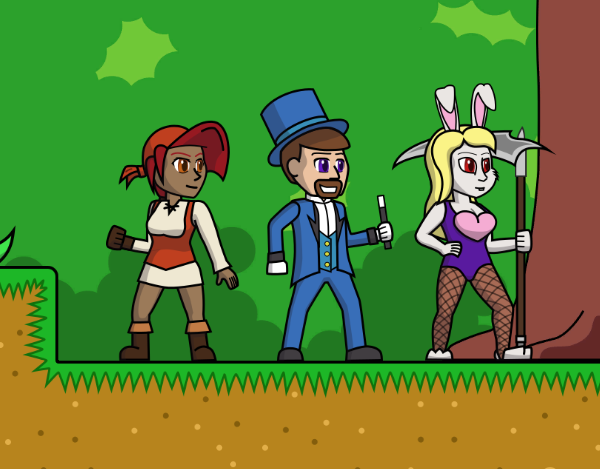 It looks decent, but the right hand of the girl on the left is the colour of her boot rather than of her skin.
http://www.chrismcovell.com
Top

ccovell wrote:It looks decent, but the right hand of the girl on the left is the colour of her boot rather than of her skin.

I think that's a glove.
Download STREEMERZ for NES from fauxgame.com! — Some other stuff I've done: fo.aspekt.fi
Top

A button, a loose entryhole or a gap between glove and sweater might help in that regard
http://www.frankengraphics.com - personal NES blog
Top

Well, the sleeve on the other hand clearly billows while that one doesn't. Plus, you know, it's not colored like skin.
But okay, if people are having problems with that, I'll see what I can do.

And speaking of her, here's what I've been designing for the idle animation.

Try to add as much personality as you can to these characters. Emotion, body language, pose, etc. Right now they're a little plain.

Here's a comparison between a well-drawn but lifeless personality character: 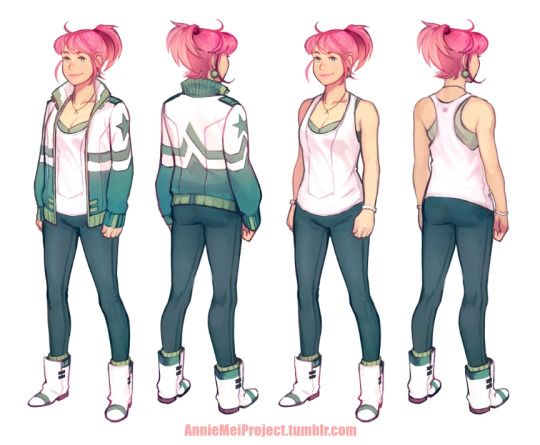 And a poorly drawn but emotive character: 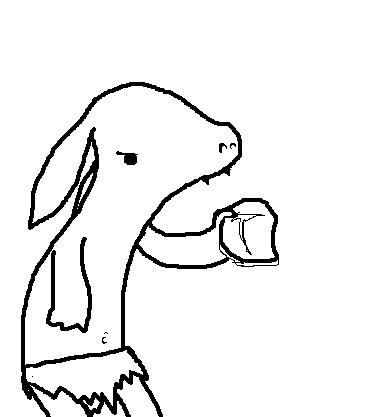 I dunno about you, but the second one interests me a lot more.
Top

I don't know... I can see a fair amount of personality in that pink-haired girl. That subtle smile and the way she looks off and up to the side. Sure her pose is bland, but I think she's hiding something. She seems more captivating than this guy who is merely unimpressed with his steak.

But I do fully agree with the underlying point that expressiveness holds a greater value than simply matching a style.

So are you saying my characters are lifeless?
I'm a little taken aback by this. I thought I put plenty of expressiveness into these characters. The magician has a broad smile and such an upright demeanor. The ranger has her whole body turned away from the direction she's facing. Granted the bunny-girl is posed a little lifeless, but, well actually that IS her personality. And besides, this isn't promo art, it's in-game art. I still have to match some utilitarian issues of how they fit into the game.

I know I'm sounding defensive here, but I do understand that I'm seeing this from a wildly different perspective than anyone else. Does anyone else here feel that these characters aren't expressive enough? Which ones? What seems bland about them?
Top

To be honest, Mario isn't a very expressive character, 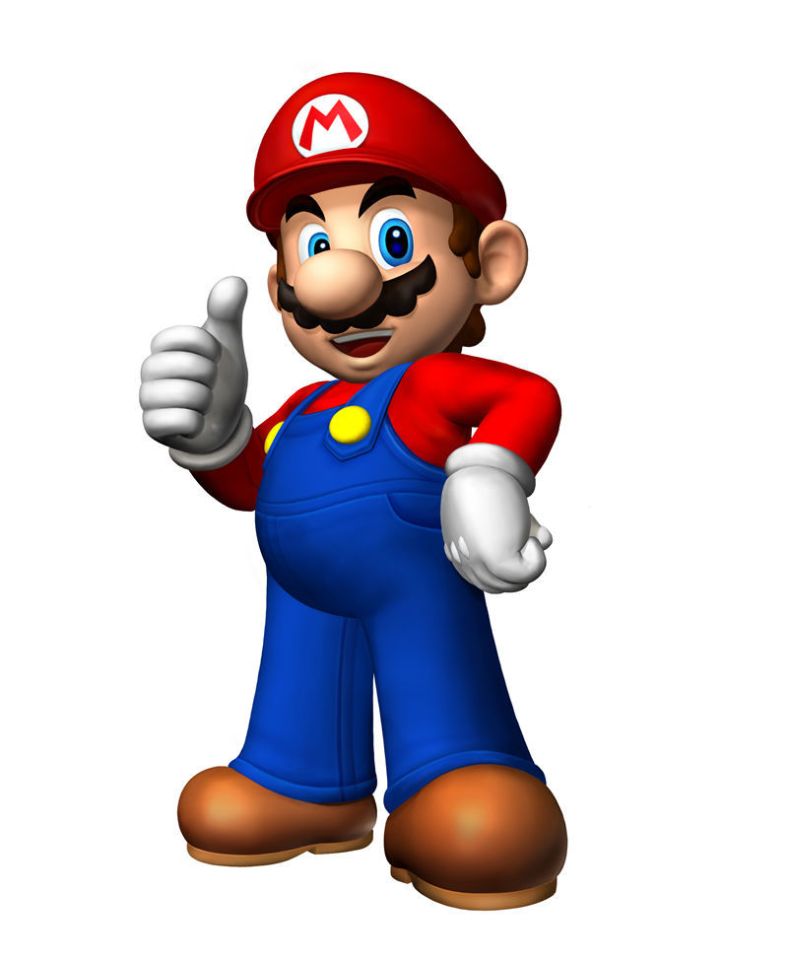 You can't tell much about what he's all about just by looking at him, I mean, he has a mustache, wears overalls, and I guess he has a big nose. When I first saw him when I was little, I thought he looked stupid, he wore overalls, I thought Super Mario was some sort of cartoon for little kids, like Sesame Street. Of course, I'll give him the benefit of the doubt, besides, it was 1981, and all they had was 4 tiles to make a recognizable video game character, so let's look at a character from around the 16-bit era. How about Sonic the Hedgehog, Mario's arch rival. During the early 1990s, he was pretty well portrayed, just by looking at him, you could tell that he was hip, cool, and edgy, with all of his cheeky smirk, finger in the air. You could also tell that he was super fast by the spikes on the back of his head and his red sneakers. Of course, this is probably due to their slight overuse in tiles, IMO. But I'd say that he lost his edge after about Sonic Heroes. 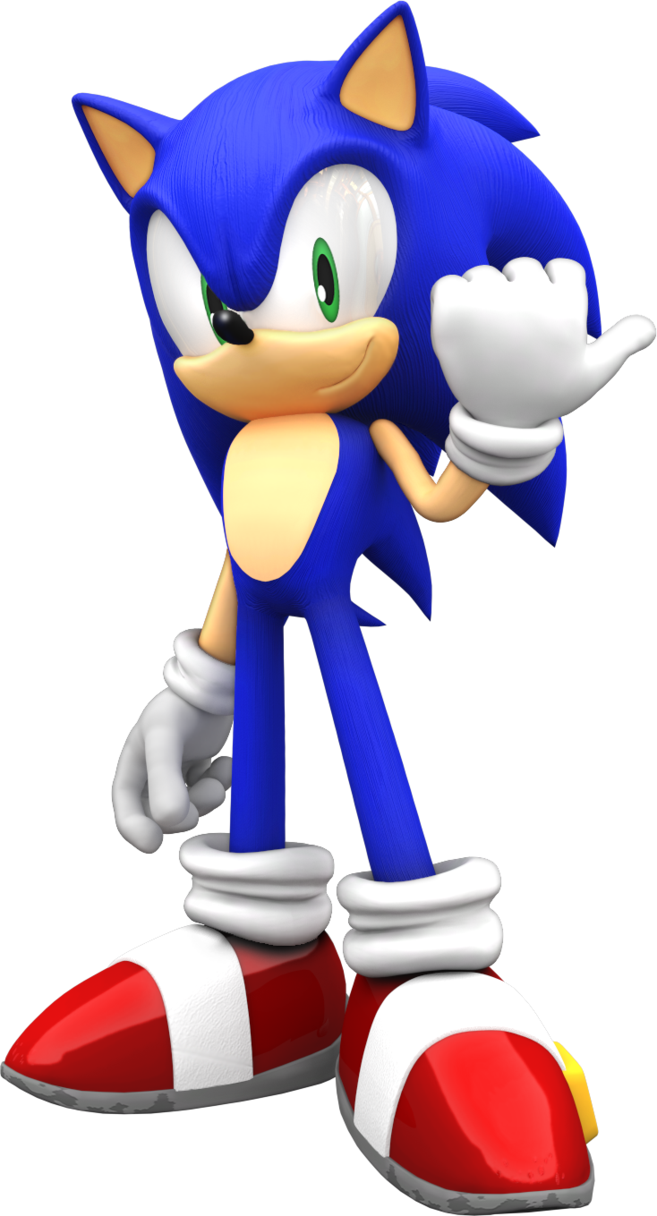 Now he's just, meh. Nothing too exciting for our eyes. I mean, you can still tell that he runs fast, but that's about it. He looks like he belongs on Sesame Street.

Dwedit wrote:You might want to resize that ginormous mario image...

Yep, I just noticed after posting. Maybe from now on I should click "preview" before I post.

DementedPurple wrote: During the early 1990s, he was pretty well portrayed, just by looking at him, you could tell that he was hip, cool, and edgy, with all of his cheeky smirk, finger in the air. You could also tell that he was super fast by the spikes on the back of his head and his red sneakers. Of course, this is probably due to their slight overuse in tiles, IMO. 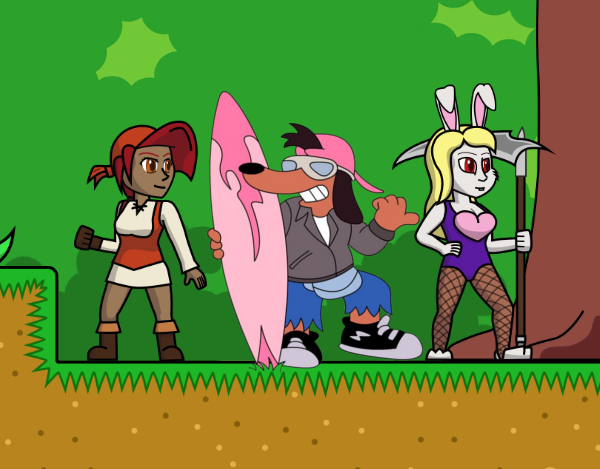 Famous (that is, re-used) cartoon characters tend to be watered-down over the years. Check out the original model sheet for Bugs Bunny (by Bob Givens)
http://photos1.blogger.com/blogger/6884 ... 20copy.jpg

In fact, Miyamoto-san's own drawings of Mario are much livelier than that bland 3D model.
https://www.google.com/search?q=miyamoto+mario+drawings
Top

Back when Bugs was called "Tex's Rabbit" I'd imagine that character design would fit Bug's roll way better now, he would overall be funnier to watch. Plus his original voice acting was spot on.
Top

Actually I've been drawing inspiration from a lot of various games, but the Mario titles shine through the most because they come closest to what I'm looking for; having a cartoony look and also having low-detail almost minimalist aesthetics.
I might change it a bit and add more detail later on, I've certainly noticed that I'm adding more detail into my later tiles, but that's what I was going for when I started at least.
By comparison, some tiles I made later:
https://imgur.com/8fIGXId
Top
Post Reply
16 posts