So I've always wanted to post a legit project on here and be one of the "cool kids on the block" so to speak and now I've finally done it.

I do know a little NES ASM and SNES ASM, but not enough to make an actual game, so this is why I got NESmaker!

I tried using other game engines to make games with in the past, but nothing really clicked. For example I tried Game Maker Studio 2 and didn't create anything with it. So I gave NESmaker a shot and now here we are.

I must admit though the program has a lot of specific quirks and in's and out's that you need to know. Many of which are counter intuitive and require heavy reading or tutorial watching to fully understand. When using the program, things are not necessarily self explanatory.

The game is pretty basic as of right now, but I will be furthering the project and expanding on this in the future. Hopefully I will make some really cool content for the original 8-bit NES. The goal is to make a fully fledged game that I can put on Steam or put onto a cartridge and do a cartridge release.

I think what motivates me to create new games for old consoles is the coolnes factor. I just think it's cool to create something new for something old.

I'll post updates here as the project comes along. 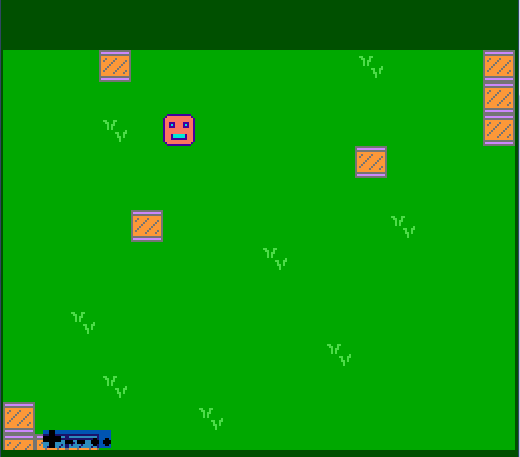 Have they released NESmaker? I thought it was still in development.
nesdoug.com -- blog/tutorial on programming for the NES
Top

Have they released NESmaker? I thought it was still in development.

I paid extra to have access to an early build of the program. It's officially supposed to come out in August, however more than likely it will get delayed and be released in September.
Top

Can nesmaker do diagonal movement? It could be nice in your game.
Top

pubby wrote:Can nesmaker do diagonal movement? It could be nice in your game.

I haven't gotten that far in the tutorial sets yet. I'm sure its possible, I mean Mystic Searches used diagonal movement in their game which was made by this game engine.

I'm really just getting started so keep a look out for more to come.
Top

Erockbrox wrote: I think what motivates me to create new games for old consoles is the coolnes factor. I just think it's cool to create something new for something old.

It really is! Good job on your project, so far.
Top

I tested it and it's working in mesen. So all of this is made without code? That's interesting! Good luck in your project!

As for myself, it's must be the same reason as many people. I liked video games as a kid and wanted to make some on them. Now that we have enough information for console of my generation I hope to be able to make some little project on most of them. For now nes is priority #1 and after I will target other ones.
Top

Here is just a little update to the game. I expanded the overworld and added some more graphics. The movement from north to south is kind of strange because the HUD which is mandatory in NESmaker is covering up some graphics tiles because it is the same color as the ground.

There is still a lot more polish that I would like to add to this but I don't know how currently. Since NESmaker has been updated since I've created this project look forward for more advancements to come. 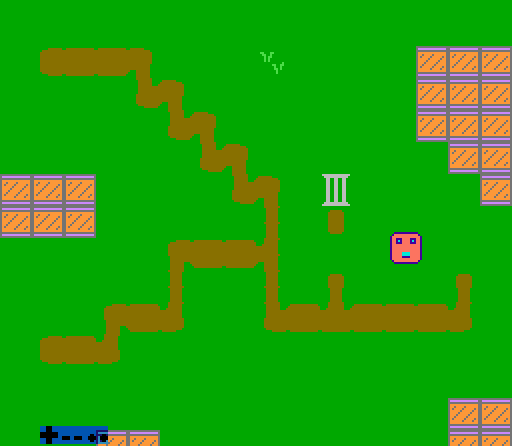