Just probing for possibilities: Any chance anyone might add a few sprite tiles to the composition?
http://www.frankengraphics.com - personal NES blog
Top

It's already drawn as sprites because it has to overlap the border of the window where the screenshot is shown without using either MMC5 ExGrafix or a scroll split. As entrant, do we have to do it, do we can do it or somebody dedicated wants to work for us?

The "screenshot" has to be screenshot like or can it be more like cover art?
Super Tilt Bro.: https://sgadrat.itch.io/super-tilt-bro
Top

I have several *ahem* NOAC handhelds with a built-in multicart. The screenshot for each game is not a full-screen shot (as it would look tiny), but a crop or even a depiction of the game, and I think it looks better. It would work like some sort of mini-cover art using ingame graphics. I was going to produce my shots in such style, but maybe it would feel out of place? Honestly, the tiny 4-color screenshots are one of my favorite parts of the previous Action 53 entries. Some are quite admirable in the success of their representation, all are interesting to examine and easy to remember once playing the game.

@Roger (or anyone else)
If you'd like a hand with the screenshots, I could make the time to put some together.
www.mteegfx.com
Top

RogerBidon wrote:As entrant, do we have to do it, do we can do it or somebody dedicated wants to work for us?

Anyone can do it. I did most of them myself for the first two volumes, but now that we're having compos more often and I'm much more busy with other NES programming projects both paid and free, I need help.

The art style I'm trying to ape is that of PlayStation Interactive CD Sampler volumes 7 and later, which actually use a screenshot. 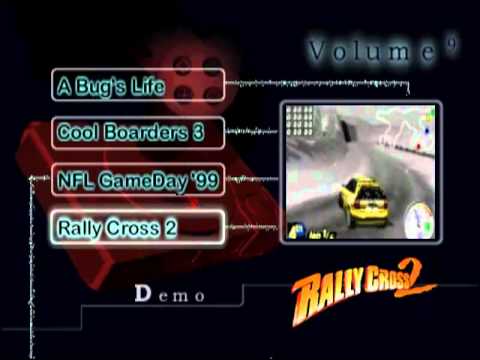 Earlier Samplers, particularly 3 and 5, use a UI similar to that of its competitor's subsequent Wii Menu, on which nemulator's ROM chooser was based. But I deemed that too intense for NES. 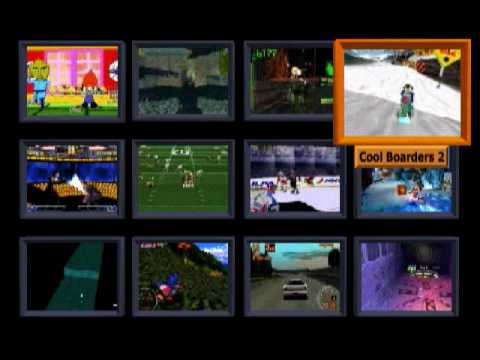 Sampler 5: UI that Wii copied but we will not

Here are the screenshots from the previous volume (some colors may be wrong; click to zoom): The CNROM support isn't really mandatory for this year, now that we know the date, I can make the NROM conversion before Mar 31. Would be good for next year, though.
Top

Here what I have been able to pull out as screenshot for this evening.

One that I like but is a cropped screenshot:

Another that is ugly but is more in the style of your examples:

Feel free to use it as it is, redraw it or give me clues on how to improve it

I am in favor of the cropped shot. I think stylized art for the game would fit in stylistically as well.

Are the other 3 sprite palettes reserved?
Top

One of the sprite palettes is used to draw the arrow sprite at the top of the screen.

But the real problem is that I'd have to add to the screenshot format some sort of data structure specifying which parts of the screenshot use which palette. This would be a breaking change to the extractor, but then I admit I haven't tested the extractor much anyway.
Pin Eight | Twitter | GitHub | Patreon
Top

Wouldn't it be better if the border was made of sprites? Anyway, I don't think that the border is interesting enough that the screenshots have to suffer because of it.
Top

tokumaru wrote:Wouldn't it be better if the border was made of sprites?


tokumaru wrote:I don't think that the border is interesting enough

Would this border look any better? Currently each screenshot is converted from a PNG file. If it were instead a background with sprite overlays, how would the location of the overlays be specified?
Pin Eight | Twitter | GitHub | Patreon
Top

Want to include a bootloader program? I considered it, but didn't prepare it for the compo since it's unusable without the hardware. Didn't seem appropriate. But I'd be happy to give a USB adapter to any/all interested compo participants. Though I'm having some really weird inconsistent problems with PAL compatibility at the moment.

It would need just a few kB for the program itself, and preferably a blank 32kB page. And I would need to know what flash chip is used. And if there are any other requirements like a reset code stub, etc.

I suppose it wouldn't technically be a bootloader (I mean I suppose you could call it if the NES powers up with some buttons pressed or something). I imagine it would be one of the 'toys', and if you wanted, you could have a menu option that would run the game that's in the bootloaded page.
Top

Is this the same USB to NES controller adapter you gave me a year ago at the interview?

The problem with including a bootloader that can write to flash is that I don't want to let users accidentally mess up their games, causing INL to incur warranty service costs. Or is there a way to make most of the ROM not self-flashable after the cart is fully assembled, analogous to the SL1 write-protection jumper on the Nintendo DS mainboard (keyword: FlashMe)?
Pin Eight | Twitter | GitHub | Patreon
Top
Post Reply
273 posts