In [url=http://forums.nesdev.com/viewtopic.php?p=169660#p169660]this post[/url], Bregalad wrote:And also they're not refereed to as "America", which refers to the whole continent in our language (i.e. "The Americas" in English).

You know, this is a problem for us as well. It's a problem that I ran into during my earlier post.

There are people in this forum from South America, Central America, and Canada, and none of those places, as I understand, have the same sort of wide spread anti-french sentiment. If they do, it's for other reasons. However, you can't say US Americans.

What are we supposed to call ourselves? I really don't know!
Top

I believe that's 'pommes chips' in French. Or 'croustille'.?
nesdoug.com -- blog/tutorial on programming for the NES
Top

Interesting that they (republicans in congess) changed it to 'freedom fries' over France's opposition to invading Iraq...a decision that 45% of Republicans now admit was a mistake.
nesdoug.com -- blog/tutorial on programming for the NES
Top

"Freedom Fries" was a name born out of political sentiment. It did not catch on, and I have never met anybody in the US who uses it. "French Fries" is pretty common, but "fries" is certainly the dominant term where I live. Regarding "chips", as dougeff mentioned, we already have a product called chips that are... well, chip shaped. In the same way poker chips are chip shaped.
This is not what this thread is about.
Top

I believe that's 'pommes chips' in French. Or 'croustille'.? 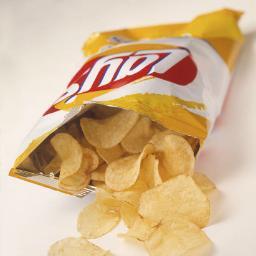 And this is what we call "frites" (=french fries) : Yes, but it is a false friend. English chips = French frites. Just like thousand of other false friends on this list for example.


There are people in this forum from South America, Central America, and Canada, and none of those places, as I understand, have the same sort of wide spread anti-french sentiment.

You forgot Mexico, which is in North america but not USA

I thought it was the other way around. I've heard that French people find the Québec accent especially... bad.
nesdoug.com -- blog/tutorial on programming for the NES
Top

I thought of that, but as an American, I'm obligated to dislike anything that seems French. Nothing I can do about it; it's in the contract.

Don't worry, the United States of America are also cordially detested here. And also they're not refereed to as "America", which refers to the whole continent in our language (i.e. "The Americas" in English).

And even if you don't for the country, you do use "American" to describe things from the US, and its citizens.
Top

Is it true that "Les États Unis" doesn't necessarily refer to the USA?
Top

darryl.revok wrote:What are we supposed to call ourselves? I really don't know!

In Spanish we have the term "estadounidense" for that... the problem is that the direct English counterpart ("unitedstatian"?) is practically unpronounceable, and that's saying a lot considering the language in question.
Top

This is compounded by fact that the noun "America" (singular) is multipurpose and just as awkward: it refers either to any of the Americas (North, Central, South), or refers to the United States specifically (see below for colloquial usage). The number of times I've witnessed people (already in heated discussions) nitpicking over use of this word is astronomical.

In my experience (as someone from the United States) that many of us here in the States forget that North America, as Bregalad mentioned, includes both Canada and Mexico. Canadians seem to be more aware of this fact and use the terms correctly (better education? Better grasp of geography? Unsure); they also use the term "American" to refer folks in/from the United States.

In American English, we don't really have a term that *exclusively* refers to people from the United States. The closest we've got is "American". The irony is that many folks born in the United States forget that the word encapsulates more than just the country they live in. In turn, you have to go off of context, and/or ask questions ("Wait, by 'American' did you mean folks from the Americas or just the United States?").

TL;DR -- the terms American and America require one key off of context, and often add strain/stress during conversations that are already volatile (esp. if involving politics).
Top

Ask any canadian if they're "american" and they'll tell you no. Generally speaking, "american" is not used to refer to people from any part of the Americas. It only refers to the United States of America, in any English context I'm aware of. This isn't a usage limited to the USA.

The two main exceptions I can think of are historical contexts that predate the existance of the USA (e.g. discussion of Columbus' exploration), and of course people pointing out that "technically American means anyone from both continents".

The default usage is just to refer to the USA, and unless you've prepared a context that makes it clear you're using it the other way, you will be misleading people (i.e. using it wrong). If someone asks you whether you're "american", they normally want to know if you're Usanian*.

The meanings of words change over time. The fact that the word has "america" in it is merely a historical consequence (etymology). Just because that's where the word came from doesn't mean it hasn't changed since. The nitpicking about this meaning is just something for people to say when they're bored.

Much to my surprise, apparently there's a notable cited history of using that word.
Top

LOL, I had never looked for other usage but I'm not surprised.

I also like to think it's pronounced with a u: instead of yu: just so it sounds more like Hussein, the middle name of its current president, among other things.